Oz isd the defintion of Sixties art and design. 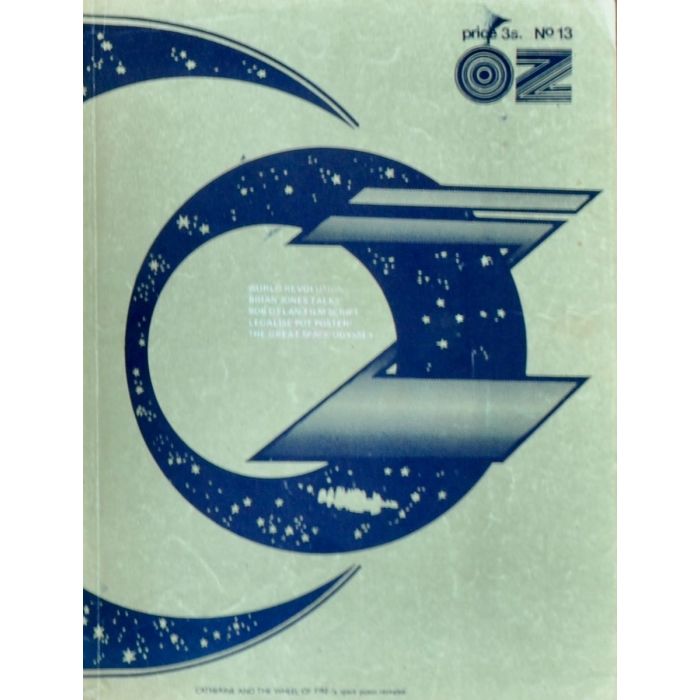 Oz is graphically the most beautiful and adventurous underground magazine from the Sixties. To a large part this can be attributed to graphic designer Martin Sharp. He came to London with Richard Neville from their home country of Australia. This was partly motivated by resistance of the established order against the Australian Oz, the forerunner of the English Oz. Of London Oz 48 issues appeared between February 1967 and November 1973. The editorial staff consisted of Richard Neville, Jim Anderson and Felix Dennis.

Oz's editors were taken to court for alleged obscenities in issue 28, the "Schoolkids" issue compiled by high school students. The lawsuit attracted national and international attention. Oz's circulation was 20,000 in 1968 and rose to 70,000 after the trial in 1971.