Be the first to review this product
€650.00
In stock
SKU
Happening News no. 1
Add to Wish List

Rare, Provo-related magazine from the group around Panamarenko that organized happenings in the Sixties in Antwerp, Belgium 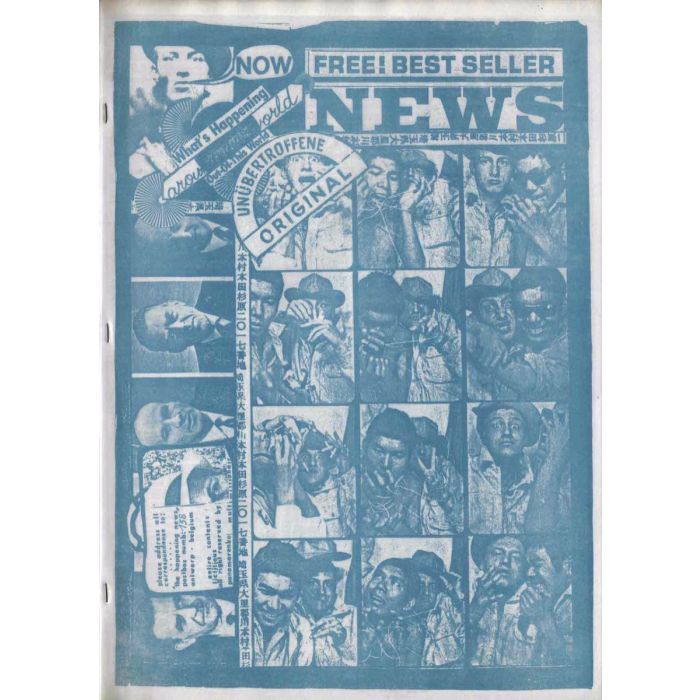 Happenings in Antwerp (Belgium) can be divided in art-oriented happenings designed and performed by Panamarenko (1940-2019), Hugo Heyrman (1942), Wout Vercammen (1938-2018), Bernd Lohaus (1940-2010) and Yoshio Nakajima (1940) and more politically-oriented happenings by the Antwerp Provo group around Koen Calliauw (1942-2014). The purely artistic happenings of Panamarenko et al. got a political equivalent in the Provo happenings.

The group around Panamarenko organized happenings in Antwerp at De Meir, the Conscienceplein and the Groenplaats and one in Ostend. They had a certain affinity with Dutch Provo movement, but they did not want to express or politically engage themselves as such. On the contrary, they even had a certain aversion against Belgian Provos as Koen Calliauw.

The group issued the magazine Happening News, which became later Milky Ways. Six issues appeared, three as Happening News and three as Milky Ways. The magazine was photocopied in a small edition, with original artwork stapled under plastic covers from September 1965 till approximately March 1966.

From 1968, Heyrman and Panamarenko engaged themselves for VAGA (Vrije Aktie Groep Antwerpen – Free Action Group Antwerp). One of the objectives of this movement was to make the Conscienceplein car free. Almost weekly happenings were held at the square. In the Seventies the happenings ceased to exist. The group published the Provo magazine Anar.

The Provo group around Koen Calliauw learned from the group around Panamarenko that protesting could be creative as well. The most well-known Provo happening was the “blote-voeten-plan” (bare-feet-plan). From July 2 1966, the Provo’s gathered a number of Saturdays at the Groenplaats, where they walked bare feet around the square. In pamphlets it was explained that the “blote-voeten-plan” was a protest against the addicted consumer (confection shoe), obstruction of freedom (the boot), hypocrisy (put your toes away), unhealthy city-atmosphere (sweaty feet), inability to communicate (the sole prevents contact with the earth) and creativity obstruction (narrowness in the shoe). The Provo happenings led to annoyance among the original happeners, who saw their art form being taken over. Panamarenko in particular did not agree with the Provo's and their bare feet. Because, as evil tongues claimed, his mother ran a shoe store.