Be the first to review this product
€350.00
In stock
SKU
Gallery Anus T-shirt Ivanhoe
Add to Wish List

Unique vintage T-shirt, produced and sold by the people that published Koekrant 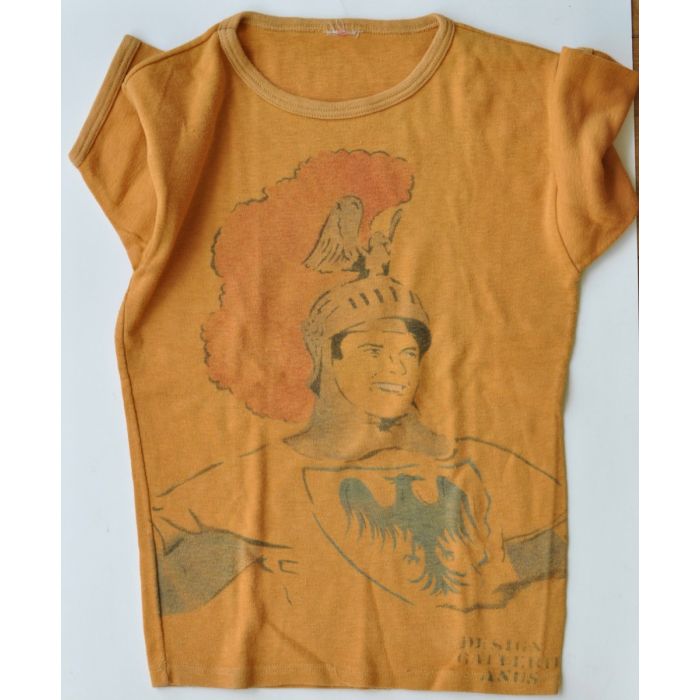 Hugo Kaagman and Diana Ozon (a.k.a. Diana Groeneveld) were instrumental in the foundation of several punk magazines in Amsterdam. The most influential of which was KoeCrandt (a.k.a. e.g. Koekrand, Koekrant, KoeCrand), established in 1977, where they operated under the monikers Amarillo and Gretchen Gestapo together with Ludwig Wisch, Kristian Kanstadt and Dr. Rat a.k.a. (Ivar Vičs; Dr. Rat (1960-1981) joined. Koekrand means amongst others the revolting crust in a toilet bowl that develops when it is not regularly cleaned. Aptly, one of the places where the KoeCrandt was produced and sold was called Gallery Anus, established by Hugo Kaagman and Diana Ozon in the squat Zebra house at the Sarphatistraat in 1979. They sold punk zines and T-shirts. It became a meeting place for punks from all over the country. The gallery was also the base for graffiti artists. In contrast to punks in other places in The Netherlands, but very much like the punks in London, the Amsterdam punks involved with KoeCrandt were reggae fans. Johan van Leeuwen (1959-2003) published two issues of punk magazine The Toilet in his home town Zwolle, before producing Koekrant 38, 40, 42, 47, 48, 49 and from number 52 onwards continuing the magazine under the Nieuwe Koekrand (New Koekrand). He turned the chaotic concept into a regularly appearing informative magazine and brought the edition to a thousand copies