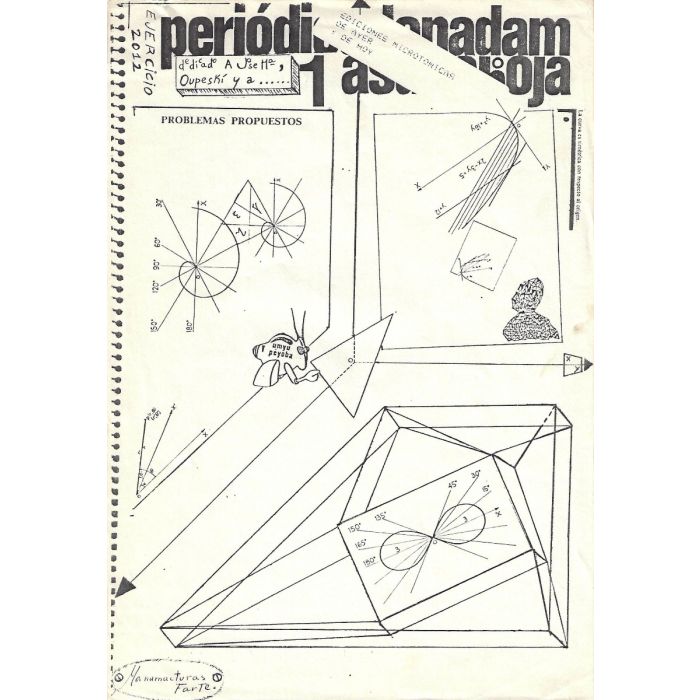 Periódicodenadamasunahoja – This punk-related graphic magazine was devised by Juan Carlos González Santamaría "Jotacé" and the Macromassa group (Victor Nubla, Enrique Villalba, Crek and Javier Garcia) in 1979. It was a free publication, quickly produced on a weekly basis, without editorial infrastructure. The total number of issues is unknown, but at least 64 were published. The format consisted of a single sheet of DinA4 (“Periódico de nada más una hoja” translates into “Newspaper of just one sheet”), printed on one side in one-ink offset and some numbers, photocopied. In its content, planned by Crek and Nubla, artists and collectives from the three fields of the underground participated: music, comics and literature, maintaining the anonymity of the authors. The main distribution centers were the ZAP 275 and Casa Nostra bookstores. The numbers were assembled using a typewriter, cutter, photocopies, various templates, Letraset and glue. The magazine had three periods: